Across industries, New Hampshire businesses have been navigating the burdens of skyrocketing prices and difficulties obtaining essential materials since the Covid-19 pandemic disrupted supply chains.

For 25 years, Seabrookbased manufacturer AeroDynamics used a specific type of cotton swab for masking metal finishes on aerospace and defense products. Then its supplier stopped selling cotton swabs in bulk and packaged them individually for Covid testing, charging an exorbitant price. 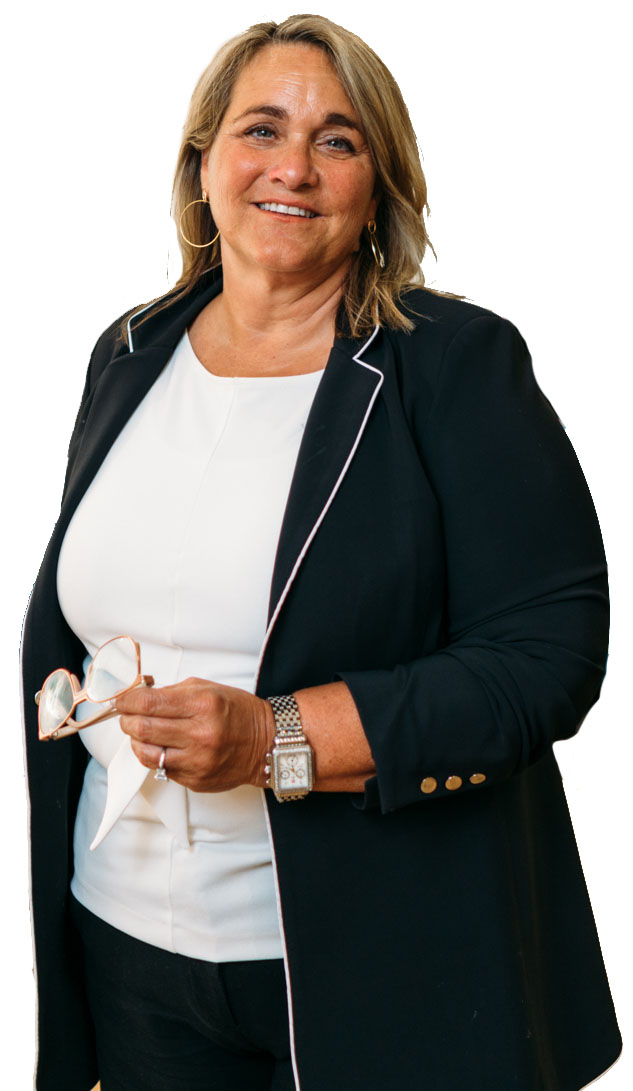 RP Abrasives, a Rochester-based metal finisher, is dealing with a backlog in manufacturing supplies shipped from China. After the Chinese government shut down production and shipping ports early in the pandemic, there have not been enough shipping containers or space on ships to send products.

“For U.S. items, the issue usually is the price went up this month. When it comes to sourcing overseas materials, sometimes it’s just, ‘Oh, no that didn’t make it onto the boat. I’m sorry you’re not going to get it at the end of the month as expected,’” said RP Abrasives President Joe Shean. “We’re still waiting for a container.”

Already hit by tariffs imposed by the Trump administration, the supply of steel decreased substantially due to selfimposed shutdowns at mills, which prepared for an economic slump that would decrease demand. Lumber mills also shut down.

And now, in addition to a supply shortage, there is also a nationwide labor shortage — more severe than before the pandemic — hitting mills, meat-packaging plants and the trucking industry.

“I’ve heard chicken is as much as 60% up over the last couple of years,” said Mike Somers, president and CEO of the New Hampshire Lodging and Restaurant Association. He said some restaurants are dropping chicken wings because they’ve doubled in price — beyond what consumers are willing to pay for them, and will revisit their menus in six months.

A shortage of truck drivers is driving food transportation costs up by 40% to 50%, particularly when it comes to produce this time of year, said Mike Violette, president and CEO of Associated Grocers of New England.

The same is true in construction. “We have to find people that actually want to work in these mills and do the hard work that’s required to produce these materials,” said Preston Hunter, vice president of Eckman Construction in Bedford, of lumber mills.

It’s not just lumber. Eckman has seen a lot of cost escalations and lengthening lead times with different products and materials used in commercial construction. Structural steel products have been among “the most challenging,” he said.

“These are products that are used in most commercial construction buildings for floor support systems and roof systems, and we’ve seen lead times up to six months or more now,” said Hunter. “It’s more than double what we would expect to see, and the costs have gone up a lot as well.”

Typically, pricing was good for 30 days or more, said Hunter. Now, sometimes subcontractors are only holding pricing for a matter of days.

Preordering has been the standard method builders and manufacturers are using to stay ahead of delayed shipments.

“Oftentimes we’ll actually bid the steel before we bid the rest of the parts and pieces of the building, be cause we know we have to get a jump start on it,” said Hunter.

Residential builders are ordering flooring, windows and other items ahead of time and storing them in their offices, said Matt Mayberry, executive director of the New Hampshire Home Builders Association.

There is a lot of demand for renovations, particularly at summer homes that have been used more by owners leaving metropolitan areas to work remotely.

“It puts a little bit of pressure on the consumer because they have to make their hard wood, vinyl (etc.) choices right up front in those first meetings, so they’re all ordered,” said Mayberry. 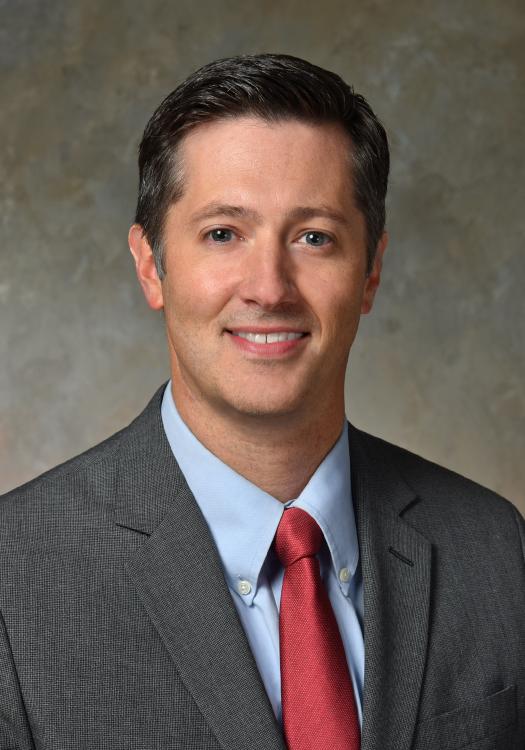 Obtaining appliances also has been a challenge in terms of pricing and availability. Builders of subdivisions, multifamily projects and condo renovations are pre-buying all appliances, and if home or condo owners want an upgrade, they have to wait, said Mayberry.

“Even the Home Builders Association, to get our own walkway fixed — it’s 10 feet of walkway. We signed in July, but they can’t do it until October,” said Mayberry, because builders and others in the construction industry are managing 70-hour workweeks that are unsustainable.

The story is the same for manufacturers. “(We) started right away stocking up on imperative goods — things we can’t operate without,” said Cara Burzynski, president of AeroDynamics. “A big thing for us is chemistry, and we tried to increase our in-house inventory by about 25% right away, and we review our inventory every single week.”

AeroDynamics has had to pay a 10% to 25% surcharge on chemistry supplies, which is “very hard for us to pass on to our customers,” said Burzynski. “A lot of times our pricing is set, so we have to navigate that whole world — paying surcharges put on us. But I think everybody’s facing that.”

Sometimes preordering is not that simple, noted Shean of RP Abrasives.

The major issue cited in a 2020 survey of New Hampshire Manufacturing Extension Partnership members was “supply chain disturbances,” said Zenagui Brahim, executive director of NH MEP. “Manufacturers did not have the materials they needed that they were buying from overseas or sometimes locally,” as those suppliers were waiting themselves for the raw materials or parts to come in.

“One supply chain affects the other,” he noted.

A shortage of supplies has caused some businesses to pivot, whether offering different products or finding a second or third supplier to ensure business runs smoothly.

In the building trades, “people are rethinking their building plans,” said Mayberry. “For example, they’re going with a Trex deck, a fabricated lumber. And they’re framing now with steel,” not the same steel product used by commercial builders.

Mayberry said home builders are also using cement siding or fabricated concrete siding, which is more durable and longer-lasting, and sand can be sourced from local gravel pits.

Instead of decks, some homeowners are developing patios and firepits, since masonry items are cheaper.

Many businesses are also taking a closer look at their suppliers.

“Where there was a real trend toward single-sourcing or reducing the number of your suppliers, I’m definitely seeing that companies are looking to have that second or third supplier so they don’t get stuck,” said Mark Manuel, founder of Nashua-based Industrial Marketing and a certified partner of ThomasNet, a supplier portal and industry insights publisher. “There’s been a lot more scrutiny — people want to understand who exactly they’re doing business with.”

One of Manuel’s clients who is a supplier for BAE Systems and several other companies is receiving a house call from a BAE representative, clearly worried if something happens, they’ll be competing with others in obtaining a limited supply of items.

Ultimately, the discussion is growing over “reshoring” electronics and other critical manufacturing back to the United States, said Manuel.

“I don’t think there’s any question — this is the biggest opportunity for manufacturing in North America in 70- plus years,” he said. “Eighty-three percent of companies are saying ‘I want to have a factory to supply me closer than overseas.’ So what you’re seeing is a lot of these smaller, very efficient, more automated companies.” 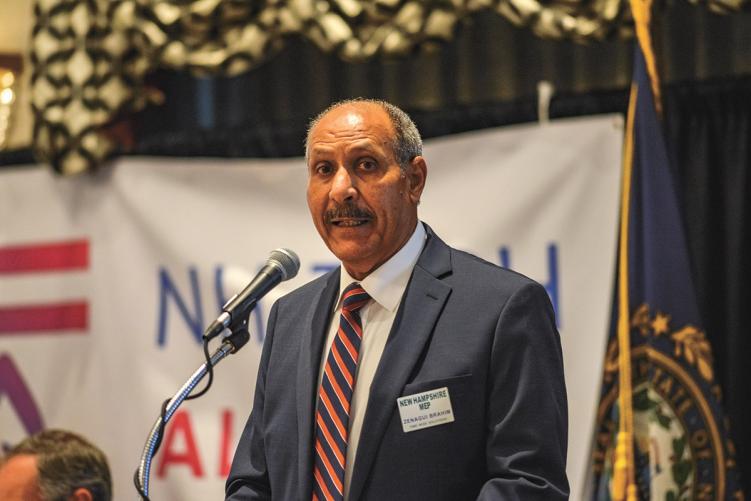 Hunter said he has heard that steel mills that shut down during the Great Recession more than a decade ago may start back up, though the actual impact on supply may not be seen for another six months at least.

“The whole reshoring initiative started many years ago, but it wasn’t taken seriously,” said Brahim. “Everybody kept buying products and parts from Asia, for example, or Mexico. The whole thing was because of price, not necessarily quality. I worked in Asia for several years and I know it was not the same quality as here. But now we’re talking seriously about reshoring and bringing back some industries we rely heavily on.”

For Shean, the need to have more U.S. suppliers is “becoming more obvious with each passing week and each passing month.”

With the well-publicized shortage of computer chips and its effect on the auto industry, it’s getting more attention.

“I think more and more people are getting firsthand experience in this and understanding it better,” he said.

Meanwhile, MEP centers across the country have developed the Supplier Scouting & Matching Program (www.nhmep.org/supplierscouting), an online database that allows manufacturers in all 50 states and Puerto Rico to post the products they need, allowing another manufacturer to respond to that inquiry.

And the U.S. Department of Agriculture announced in June plans to invest more than $4 billion to strengthen critical supply chains, including encouraging local sourcing of products and increasing transparency and competition for the livestock markets and meat processing sector, which traditionally have excluded smaller farms and processors.

Restaurants that had already established close relationships with local farms have a more predictable supply chain, said Somers, though he added, “there’s a limit to how much can be sourced locally.”

Liisa Rajala can be reached at lrajala@nhbr.com.

‘Where there was a real trend toward single-sourcing,’ companies are now reevaluating suppliers and ‘adding a second or third supplier so they don’t get stuck.’

About NH MEP
The NH MEP is an affiliate of the National Institute of Standards and Technology (NIST) under the U.S. Department of Commerce. The national MEP system is a network of manufacturing extension centers that provide business and technical assistance to smaller manufacturers in all 50 states, the District of Columbia and Puerto Rico. Through MEP, manufacturers have access to more than 2,000 manufacturing and business “coaches” whose job is to help firms make changes that lead to greater productivity, increased profits and enhanced global competitiveness. For more information please visit www.nhmep.org or call 603-226-3200.